Preparations of the Global Forum on Modern Direct Democracy to take place from 14 – 17 May 2015 in Tunis are moving ahead. Democracy International met with key players of Tunisian civil society and academia in Tunisia’s capital last week. On this occasion, we took many important decisions on the topic and organisational set-up of the world's biggest conference on direct democracy. Our board member Daniel Schily reports from Democracy International’s visit to Tunis from 13- 15 January 2015.

The dates of Democracy International’s visit to Tunis, 13-15 January 2015,  coincided with historical events of the third anniversary of  Tunisia’s “Jasmine revolution”. On 14 January 2011, the government was dissolved and Ben Ali and his family fled Tunisia. That is why while being in Tunis, we saw many celebrations and marches commemoratuing the revolution. Meeting in Tunis those people who were involved in the revolution and who are now working on democratically developing their country was truly impressive. The Global Forum in Tunis, to bring together democracy experts from all over the world, presents a unique opportunity to discuss democratic processes in the Arab World and to gain new insights. That's the actual state of preparations:

The Global Forum will take place in the “Institut National Agronomiieque de Tunisie” (INAT), which actually is Africa’s eldest natural science institute of modern times. Located in the Centre of Tunis, INAT is an institute of the University of Carthage. Hence a public institution will host the Global Forum. For Bruno Kaufmann and Joe Mathews, Co-Presidents of the Global Forum, choosing an impartial venue has always been important in order to ensure free and impartial deliberations.

Key players on the Tunisian side are the Tunisian General Labour Union (French: Union Générale Tunisienne du Travail, UGtT) and the University of Carthage. Accordingly, while being in Tunis we met with trade unionists of UGTT (that has more than 500,000 members) and professors of Carthage University. To include Tunisia’s powerful political parties “Afek”, “CPR” and “Nadha”  et al. in the Global Forum, we also got together with the political parties in power, governmental electoral bodies and NGOs advocating democratic development (CS ATIDE and EL BAWSSALA).

All those groups, parties and institutions agreed to contribute to the forum! The UGTT will be the official patron. 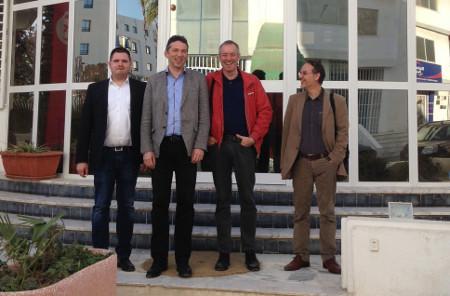 Moreover, the Swiss Broadcasting Company (SWR) and Swissinfo.ch (represented in Tunis by Amr Huber), and the Initiative and Referendum Institute Europe (Bruno Kaufmann) belong to the international network of organisers.

Tunisia’s new constitution, adopted in January 2014, stipulates that “local authorities shall adopt the principle of participatory democracy” (Article 139). However, the boundaries and capitals of regions and municipalities yet are not defined. Why Tunisia is just about starting to implement democracy at regional level, we know from experience that many countries struggle with this issue. So we can all contribute with our experiences and ideas.

Note for Members: Next General Assembly

In case of any queries, please contact Andreas Müller, mueller[at]democracy-international.org 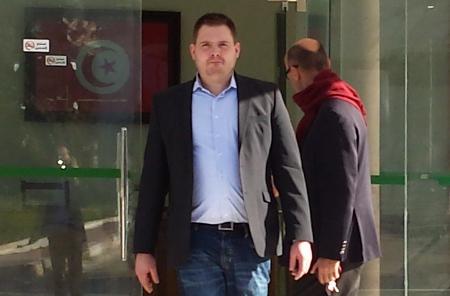 Save the Date: Our next General Assembly will take place in Tunis, Tunisia on 16 May 2015.
read more
Global Forum on Modern Direct Democracy in Tunis

2015 has just started, and now is the time for early-bird-reservation for the next Global Forum on Modern Direct Democracy to take place in the...
read more